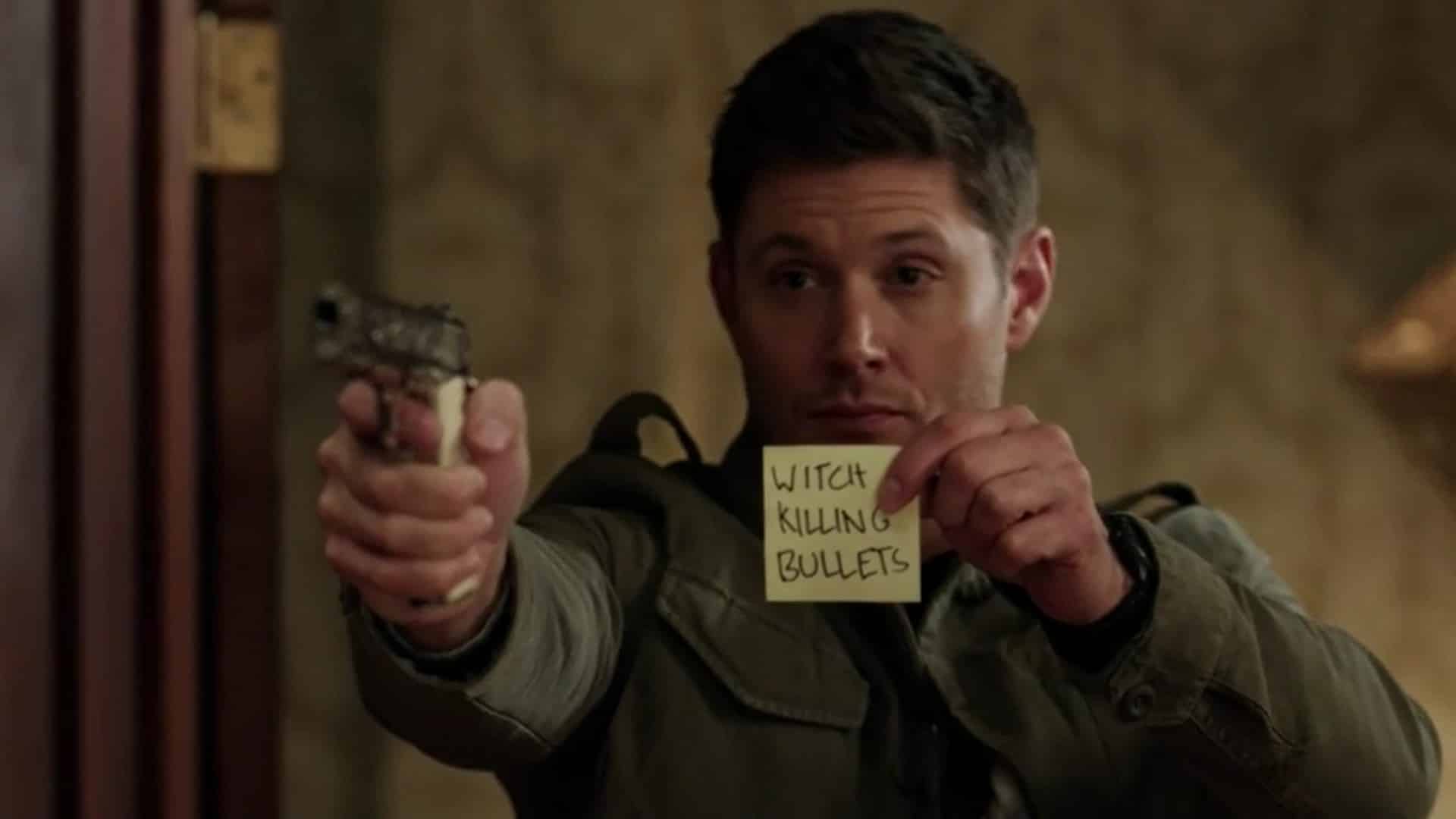 Dean: “How do you feel about waffles? Dumb question, what psycho doesn’t love waffles? They’re fluffy, they got the little pockets filled with syrup, you just cover them with whipped cream.”

Dean: “One, the Rat Pack partied ‘til the day they died. And B, I can still kick your ass.”

Dean: “If a witch got a clear shot at me, I would be dead. I wouldn’t be freaking Dory. I’m not gonna apologize for loving that fish. Not to you, not to anyone.”

Dean: “Monsters are real and we’re the guys that kill them. I mean, come on, best job ever.”

Sam: “I’ve seen my brother die, but watching him become not him, this might actually be worse.”

Rowena: “She sought refuge with a family of witches. All she wanted was a roof over her head and a safe place to hone her magic. Yet they threw her out like common trash, said she wasn’t up to snuff.”
Dean: “These witches sound like dicks. I think you have plenty of snuff.”

Rowena: Though you may be a stubborn pain in the arse with the manners of a Neanderthal and the dining habits of a toddler, everything you’ve done you’ve done for the greater good.”