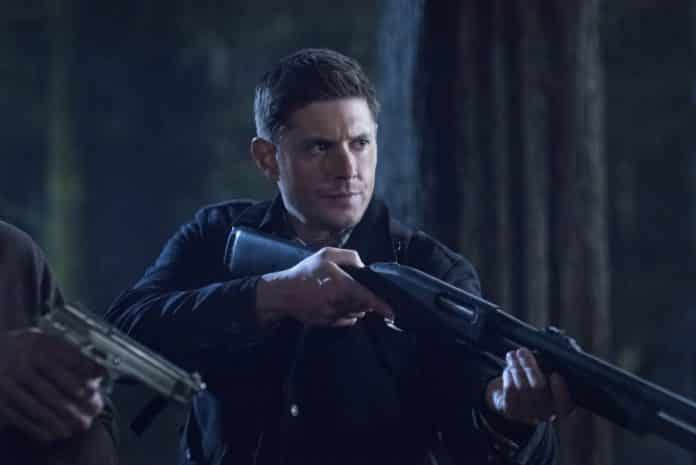 Sam: The Internet is more than just naked people. You do know that, right?
Dean: Not my Internet.

Jack: Well, no. Not really. It’s kinda disappointing. But there are other monsters.
Eliot: Like what?
Jack: Oh, vampires, werewolves, shapeshifters — I’ve seen one of those — djinn, rugaru — That’s a funny name, yeah. Wraiths, sirens, demons, ghouls. All sorts of things.

Eliot: Do demons really look like this?
Jack: No. They don’t have horns. They actually look like smoke, unless they’ve possessed a human, then they can look like me or you or anybody.

Dean: We hunt things. Fight things and kill things people don’t understand. So, Kohonta. Talk.
Sheriff Romero: I didn’t think it was real. The Kohonta was a tribal legend, an old story. I haven’t heard about it since I was a kid. But then I saw it the night Barbara was killed.

Sheriff Romero: They say that boy not only ate his family, they said he went mad with hunger. He went after my people, and then when my tribe caught him, they Killing him would have been too easy. They wanted that boy to suffer. For his crimes against our people, crimes against nature. They cursed him. He’s doomed to roam the woods always starving. And if he didn’t feed his body would eat itself. The Kohonta aren’t born. They’re made.

Dean: Well, it’s a good thing. Like I said, we hunt these things.

Sheriff Romero: So you make that choice for everybody? Imagine telling them. Imagine the lives you could save.
Dean: No. No. It doesn’t work like that. People die. Even when they know how to fight, people still die.

Dean: So, telling the kid — you think that’s the best idea?

Sam: What? You don’t?
Dean: It doesn’t make his life any better, you know? Do what we always do. When in doubt, lie.

Sam: And do you think you really took care of it the right way?

Dean: Jack said he was fine.
Sam: Yeah. He’s a kid. And when we were kids, how many times did we tell Dad that we were fine just to make him happy?

Sam: You understand that? Jack?
Jack: I understand. I won’t use my powers without permission. Promise.