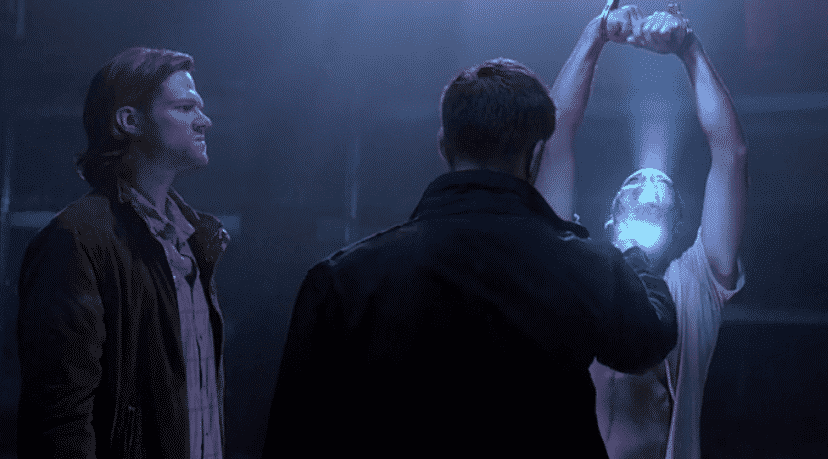 Castiel: Do you ever tire of urinating? I’ll never get used to it.

Sam: I grabbed you real bacon and eggs, extra grease. Not even gonna argue.

Sam: Look at these chemicals, do you even read the label?
Dean: No. I read pie. The rest is just blah blah blah.

Dean: Never do that again!
Castiel: All right.

Dean: I haven’t seen half of the nerdy stuff you do, doesn’t mean you don’t do nerdy stuff.

Dean: So, did you have protection?
Cas: I had my angel blade.
Dean: He had the angel blade.

Reverend Buddy Boyle: There’s nothing to fear! If the angels come a-knocking, just let ’em on in, and fill yourselves up with their grace!

April: You look like you’ve been to hell and back.
Castiel: Yeah, a few times.

Castiel:I’m finding that often the people with the least to give are the most generous.

Castiel: There’s more to humanity than survival. You look for purpose. And you must not be defeated by anger or despair. Or hedonism, for that matter.