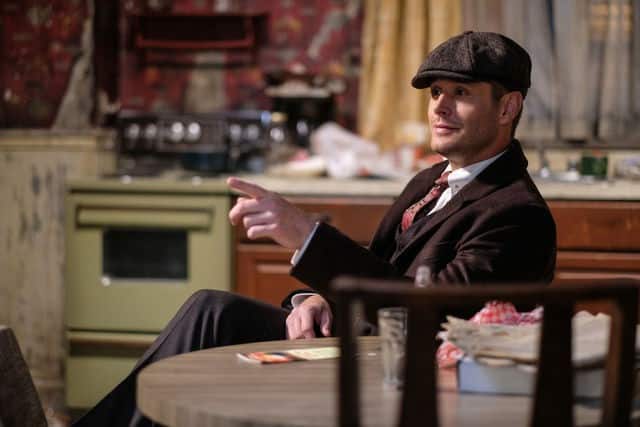 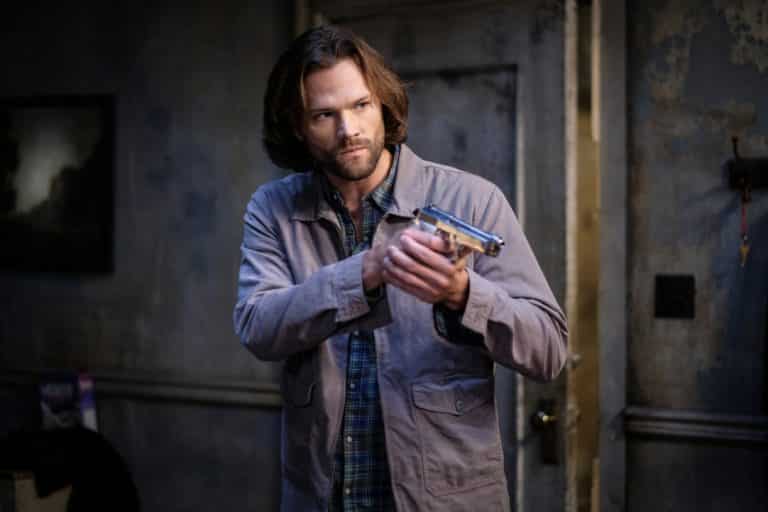 Nick: I just don’t know what kind of pain would make me allow Lucifer to possess me.
Castiel: It was your family.
Nick: My family? Sarah and Teddy? No. Oh, my God. Who could do that? Who could do that?
Castiel: A man… broke into your house… and you weren’t there.
Nick: That’s no man. That’s not a man. That’s a monster. That’s a monster, and then — and then Lucifer found me and made me a monster, too. Oh, my God!

Sam: ‘DFA’?
Bobby: I’ve been fighting a friggin’ apocalypse for 15 years. My FBI might be a little rusty.

Castiel: Jack, um… mourning what you’ve lost… it’s wasteful. Might be smarter to focus on what you still have.
Jack: You don’t understand what I’m going through.
Castiel: Yes, I do — a little. At the time of the Great Fall, when the angels were banished from Heaven, I lost what I thought was everything. I had no grace, I had no… wings. I felt hopeless and useless.
Jack: What did you have left?
Castiel: Well, uh… Well, I had Sam and Dean. But I had something else that was extremely helpful. I had myself. Just the basic me, as, uh… as Dean would say, without all the bells and whistles. You know… Sam and Dean, they weren’t born with their expertise. They’ve been at it since they were children. Failing, winning, developing over the years. Patience… persistence — those are skills, too. The past, where you came from, that’s important, but it is not as important as the future and where you’re going.

Castiel: Even though he’s departed, there may be… some of his influence still within you. Just… Lucifer may have inflicted more damage on your psyche than we suspected.

Nick: Castiel… you’re just a stone-cold body snatcher. You’re no different than Lucifer.
Castiel: I… need to look in on Jack. You know… in all my thousands of years… what happened to Jimmy Novak… and his family… it’s my greatest regret.

Mrs. Kline: Forgive me. But, um, Kelly told us she was pregnant. We didn’t push for details. We felt she would tell us more when she was ready.
Jack: Uh, she… she had the baby. A boy.
Mrs. Kline: We have a grandson.
Jack: You do. And in the time I spent with her, she was an amazing mother. Her son loves her very much.
Mrs. Kline: Oh, I can just imagine.
Jack: She would sing and talk to him even before he was born. She made him feel… safe and… wanted. I heard her tell him that it isn’t fate or her or his dad who sets his path. It’s himself. Who he chooses to be.

Michael: Why do you think I dumped your brothers and sisters in plain sight? Why do you think I let you escape.
Lydia: You let me escape?
Michael: Rule number 1 — you can’t have a trap without bait. That brings us to rule number 2, which says… once the trap has been sprung, you don’t need the bait anymore.

Jack: Cas, Michael has to be stopped.
Castiel: I know, and he will be, after Dean is —
Jack: No, Dean doesn’t matter. You’re all so focused on trying to save Dean. And I get it, I understand, but if he can’t be saved, if it comes down to him or Michael… Michael has to be stopped. Caged or killed —
Castiel: And if that means that Dean dies, too?
Jack: Then Dean dies. I know this Michael. I’ve seen what he’s done to an entire world, and so have you. If stopping that from happening here means that Dean has to die, then… Do you think he’d want it any other way?