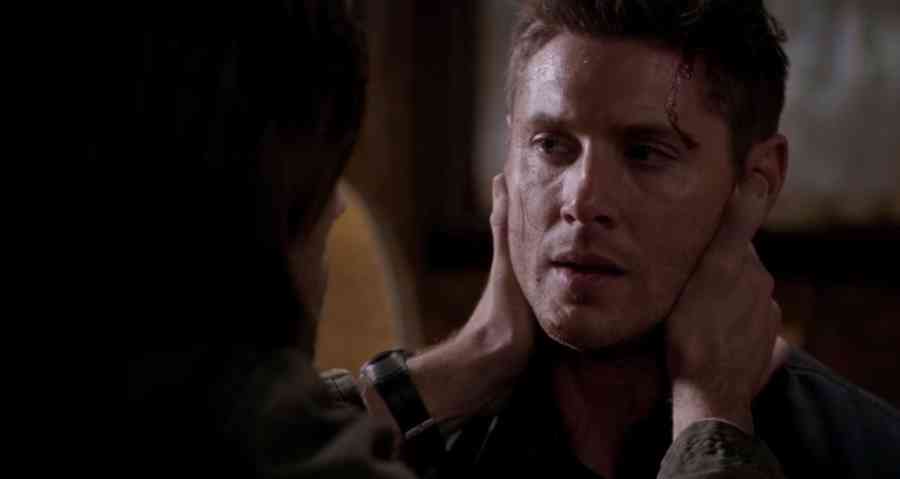 Cas: “The human soul, it can only occupy a body while it retains a certain structural integrity. And this vessel, it was ripped apart on a subatomic level by an archangel.”

Sandy: “I think I might have bed bugs. Any tips?”
Cas: “Of course. You should sleep tight and not let them bite.”

Claire: “You’ve changed. The Castiel I met, he was crappy. Like, super stuck-up and a dick and you just wanted to punch him in his stupid angel face. And now you’re just nicer. And kind of a doof, no offense.”

Cas: “Before, I was very self-assured. I was convinced I was on this righteous path. Now I realize that there is no righteous path. It’s just people trying to do their best in a world where it’s far too easy to do your worst.”

Dean: “An emergency is a dead body or a wigged-out angel or the apocalypse, take 3.”

Dean: “Some chick bolting on you is not an emergency. That’s every Friday night for Sam.”

Cas: “I’ve just been thinking about people. I’ve helped some, but I’ve hurt some.”
Dean: “So you’re having a midlife crisis.”
Cas: “I’m extremely old, I think I’m entitled.”

Dean: “Some stuff you just gotta let go, the people you let down, the ones you can’t save. You gotta forget about them for your own good. That’s the opposite of what I do, but I ain’t exactly a role model.”

Crowley: “She was a horrible mother. Did I tell you the time she almost traded me for three pigs? Three! I was an attractive child, I could juggle. I was worth five pigs at least.

Crowley: “And don’t get me started about the name. Fergus. It sounds like a venereal disease, and not the fun kind.”

Dean: “John Winchester’s not gonna win any #1 Dad awards, but damn if he wasn’t there when we needed him.”